The winners of the 2014 International Seafarers' Welfare Awards were announced on Monday 7th of April during a high profile ceremony hosted by the Secretary General of the International Labour Organisation (ILO), Mr Guy Ryder at the ILO in Geneva, Switzerland. 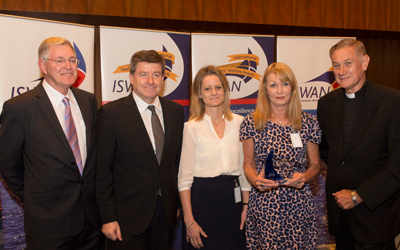 Commenting on the evening Roger Harris, ISWAN Executive Director, said: "The awards recognise excellent achievement and they inspire others to do more for the welfare of seafarers. We are particularly pleased that the awards are being held at the ILO with the Maritime Labour Convention eight months in force."

Further information about the awards can be found here.